John MacMaster
John MacMaster
Brott Festival
John MacMasternextplay/pausepre5/11
Hamilton Spectator
By Leonard Turnevicius
What started out as 11 days of classical music in the middle of the summer of 1988 has grown into a 12-week festival now celebrating its 30th year.

That’s right, the Brott Music Festival hits the big 3-0 this summer, reason enough to get out the party hats, streamers, and balloons.

Now, with all of the planning that goes into making something into a success, did Boris Brott ever think back in 1988 that he would be programming a 30th season of his eponymous festival?

“Oh gosh, you know, one never knows when one says something how it’s going to turn out,” said Brott over the phone from his Hamilton home. “I think largely what was responsible for the growth and the development was the beginning of the National Academy Orchestra (Canada’s only professional orchestral training program). I think the greatest joy of the festival really has been the National Academy and the marvellous young professional musicians we’ve helped along the way to develop their careers both within the orchestral framework and also entrepreneurially.”

This summer, Brott has selected 50 young musicians from across the country to be apprentices in the National Academy Orchestra, playing alongside and picking up valuable tips from handfuls of seasoned pros as their mentors.

And as expected, Brott and his NAO mentors and apprentices will be continuing the festival’s peripatetic tradition, popping up for concerts in various local venues. Interestingly, this summer they’ll return twice to a venue they haven’t used for some nine years, FirstOntario Concert Hall, known back then as Hamilton Place.

“It’s a matter of our audience having grown, a desire to be back in the performing facilities (FO Concert Hall), not that we didn’t want to be there. It’s simply that the costs were too great for us to warrant our being there,” explained Brott.

When asked whether there was an overarching theme to the festival’s 30th season, Brott didn’t miss a beat.

The festival opens on Wednesday, June 21 in Waterdown’s St. Thomas the Apostle Church with Srul Irving Glick’s “Triumph of the Spirit” and Mozart’s ubiquitous “Requiem” with soloists Tessa Laengert, Michèle Bogdanowicz, Ernesto Ramirez, and Daniel Lichti along with the Stéphane Potvin-trained Brott Chorus.

Can’t make it to Ottawa on July 1 for Canada’s sesqui? Fret not. Brott and the NAO will be part of the Celebrate Canada 150 Day extravaganza at Bayfront and Pier 4 Parks with singer-songwriter Sarah Slean. Expect a potpourri of Canadian and classical orchestral selections to culminate in Tchaikovsky’s “1812 Overture” accompanied by a fireworks display and the firing of live cannons. Admission is free.

Five days later on Thursday, July 6 in Mohawk College’s McIntyre Performing Arts Centre, Brott and company will roll out some of opera’s greatest hits with the BrottOpera PopOpera cast.

Juno-award winning violinist Alexandre Da Costa joins Brott and the NAO for a night of music by French Impressionists on Thursday, July 20 in the McIntyre PAC.

NAO musicians perform “The World’s Best Chamber Music” at The Church of St. John the Evangelist twice on Wednesday, July 26.

Dust off those flags and limber up those vocal folds for the Last Night of the Proms on Saturday, July 29 in FO Concert Hall. Scheduled soloists are David Curry and Lauren Margison.

The Burlington PAC is the site of a mini-Beethoven Festival on Tuesday, Aug. 1 and Wednesday, Aug. 2 with violinist Bénédicte Lauzière making her festival debut in the “Violin Concerto,” and Tryon bowing with the “Emperor Concerto.”

Jeans ‘n Classics returns on Friday, Aug. 11 for a “Shaken not Stirred — The Music of James Bond” show at LIUNA Station.

The summer portion of the festival wraps up on Thursday, Aug. 17 with an orchestral-choral bill consisting of the final two movements from Mahler’s “Resurrection Symphony,” the final movement of Beethoven’s “Ninth Symphony,” and the final section of Orff’s “Carmina Burana” in FO Concert Hall.

The truly peripatetic concertgoer can catch a couple of Last Night of the Proms runouts given by Brott and the NAO. The first is slated for Friday, Aug. 4 in Toronto’s Koerner Hall for the Toronto Summer Music Festival, while the second tilt is at the Festival of the Sound in Parry Sound on Saturday, Aug. 12.

Leonard Turnevicius writes about classical music for The Hamilton Spectator. 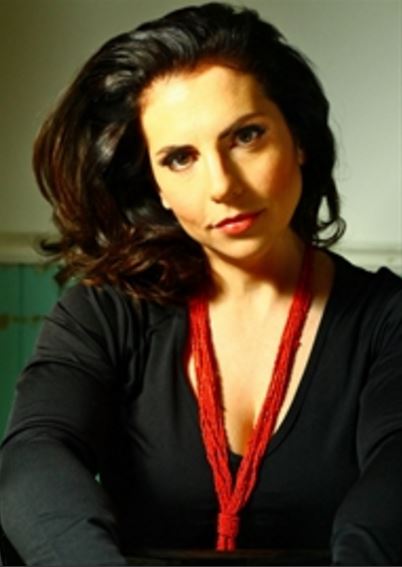